How Google is redesigning Google

If you have tried the new Google Maps app on iPhone you can see that it looks very different than Google Search, YouTube or Analytics.

This is part of a wholesale initiative started immediately after Larry Page became CEO in June 2011. His first directive was clear, “Larry said ‘hey everyone, we’re going to redesign all of our products,’” recalls Jon Wiley, lead designer on Google Search. Wiley and co had just two months to give Google a fresh coat of paint, and to start thinking holistically about how Google as a whole was perceived. “We had a mandate to make this all look good,” Wiley says. This initiative code named “Project Kennedy”. Watch this video from The Verge and read their in depth article – Redesigning Google: how Larry Page engineered a beautiful revolution.

Last month Google Announced the “Google Bar” which is a new horizontal navigation menu. Google has certainly come a long way in the past 15 years. 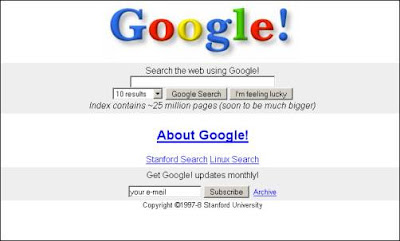 Here In the Golden Age of Design, Should Designers Code [Infographic]?